This website is devoted, first of all, to presenting my philosophical researches by focusing on the related publications and research projects, and, secondly, to present the best workflows and open-source software tools available to researchers in the area of the Humanities.

I am married and have three daughters. After a BA (Catholic University of the Sacred Heart of Milan) and a PhD (Pontifical Lateran University of Rome) in Philosophy my Cursus Honorum began with a three-years salaried specialisation as «Contract Professor» at the Lateran University of Rome. In 2012 I was appointed Visiting Professor at the Pontifical University of Saint Thomas Aquinas (PUST) in Rome, holding the course of Metaphysical Theology (in English) for a semester. However, already during the PhD and especially since then, due to the heavy difficulties continuously faced in the attempt of obtaining a stable academic position, I always had to maintain a parallel working career in the fields of Informatics and, more recently, also of Occupational Safety and Health. 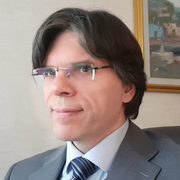 Catholic University of the Sacred Heart

As researcher in Philosophy I am specialised in Theoretical Philosophy with a particular focus on Natural or Metaphysical Theology (topic to which my BA dissertation had been devoted). But in reason of taking seriously Saint Thomas Aquinas’ advise (see below quotation), that Natural Theology represents the final mooring point to which the whole study of philosophy happens to be ordered, my research path is being developed through a stepwise deepening of all the necessary philosophical areas.

The wished result is a solid foundation of what is needed in order to account for the true meaning of human life; not excluding the practical application of the reached theoretical conclusions as criteria for the hermeneutics of Western intellectual history.

Being a skilled researcher, since many years I am appointed as “Expert in philosophy” (“Cultore della materia”, the Italian official title) at the Catholic University of Milan, Italy. I am also an associated member of the Dietrich von Hildebrand Institute of Philosophy (whose founder and director is Prof. Josef Seifert), where I currently collaborate both as Partner Research Fellow and IT Responsible. More recently I have become member of the new born Institutum Internationale Sancti Thomae Aquinatis et Sancti Iohannis a Cruce, whose director is Fr. Prof. Ignacio Andereggen. Finally I am also a member of the John Paul II Academy for Human Life and the Family.

All these memberships and collaborations are not-salaried, so that, although the first one is especially important in providing me with some essential payments in kind — like the possibility of taking advantage of the research tools rendered available to fully employed researchers —, in the last ten years a considerable part of my time could not have been devoted to philosophy. Nonetheless, since I can schedule my working days in a quite flexible way, as soon as I have the opportunity, I find how to make every laps of free time fruitful for my studies. If it were only possible to find a sufficent funding for my research activities, then arranging things as to devote half of my working time to research — not considering all the additions taken from my personal free time — it would still represent a viable solution. This is precisely the final reason why I have completely renewed my website.

My Truth-centric Philosophical Approach in a Nutshell

Philosophy, like any other rational form of knowledge, is deeply affected first of all by the kind of relation that in its development happens to be established between truth and freedom. Indeed the good and right exercise of freedom — included the development of one’s own philosophical path — must always depend primarily upon truth. In this sense the words of Christ reported in St. John 8, 32, besides any superior meaning, represent also the philosophical principle able of pinpointing the right morphology for the mentioned (epistemological) relation:

And ye shall know the truth, and the truth shall make you free.

By contrast, given also the psychological–circular interdependence between how we live and how we think, the early adoption of the opposite principle and practical attitude (truth being ruled by freedom’s blindness = voluntarism) inevitably snares people’s life into vicious circles. For, being expression of the ontological order according to which the right exercise of freedom is subordinated to a previous knowledge of truth, the proper relation between these two fundamental human powers, when it is about the specification of the act, is of a monodirectional kind from the intellect (truth) to the will (freedom).[1] This is why inverting its direction corresponds to the fundamental attitude of ideological rebellion[2] that leads to perverted choices, which, in their turn, end up ossifying the dependency from further wrong theoretical principles. All of which finally leads to a “death chain” process both in the intellectual life and in ethics — alias progressive “theoretical and ethical nihilism” — with respect to every field of human agency, like it is testified by contemporary Western societies’ moral and cultural suicide.[3]

In fact truth is not hard as such, but on the contrary is the first and most necessary good. What mostly happens to be hard is reaching and maintaining that attitude of humility which enables us to accept truth as the original ordering, and then re-ordering, criterion for our life. First of all, for our intellectual approach to reality — and in this case it is the intellectual virtue which allows mankind to develop true theories in every scientific field —, secondly, for our everyday individual and social life — and in this case it is a practical moral virtue. No one can avoid being a sinner (making some guilty errors). However, what can make the difference is the capacity of maintaining a fundamental attitude of humility with respect to truth, keeping on fighting against one’s own weaknesses — «Militia est vita hominis super terram» — by not surrender to their enslaving tyranny. By contrast, the always increasing contemporary claims for the legalisation of those “rights” that are totally detached from any true and objective consideration of reality, derives simply from the lack of that kind of humility (both in its intellectual and practical meaning). Something which in the worst cases hardens into an open rebellion against reality as how it has to be accepted, beyond any futil and illusory opinion, for the sake of our own effective good. For truth alone enables us both to discover what really corresponds to the good and to remain faithful to goodness. So that truth, which is nothing but the primary sane form of cognitive relationship that our intellect[4] can maintain with reality, must represent the fundamental concern in every attempt of developing a meaningful knowledge of reality itself. In one word, granting systematic preminence to freedom over truth does not lead to any real good (if not by pure chance), because it does not make any sense and, therefore, it is prodromic of an inhautentic way of life.[5]

As already mentioned, since many years my studies are affected by the necessity of maintaining a main job other than philosophical reaserch. This difficult condition, together with my natural tendency to publish quite comprehensive and theoretically dense assays, has resulted in a very slow publication rate (even if in fact there’s a good ammount of pre–print material in an advanced processing status). However, as scripta manent and philosophy should not be a perishable product, just read what I have written and make your judgement upon its quality (see section below). What follows is the present situation with respect to the ongoing researches: 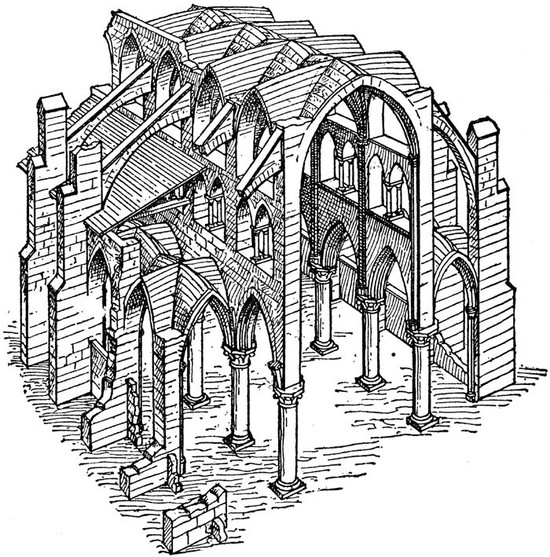 Blog on What Makes Research Effective(especially in the Humanities)

This section will host a blog devoted to the discussion of some of the best software tools, always free and open source, that can help making research easer and more effective.
Last updated on Jun 27, 2020 0 min read Notice